83777---- Rickey Jackson holds onto his daughter Nikosha Jackson as his wife Gloria Jackson's coffin is taken out of the church after her wake on May 3, 2005..Pastor Rock has spent the past three years fighting race, poverty and violence at Sugar Hill, the poorest of the poor living in public housing in Texas' richest county, Collin County. Originating in 1969, the McKinney apartment complex rose next to an old cotton field, with 100 units that would battle decades of economic annd racial isolation, squalor, criminal neglect, crack cocaine and bureaucratic equivocation supported by millions of taxpayer dollars. 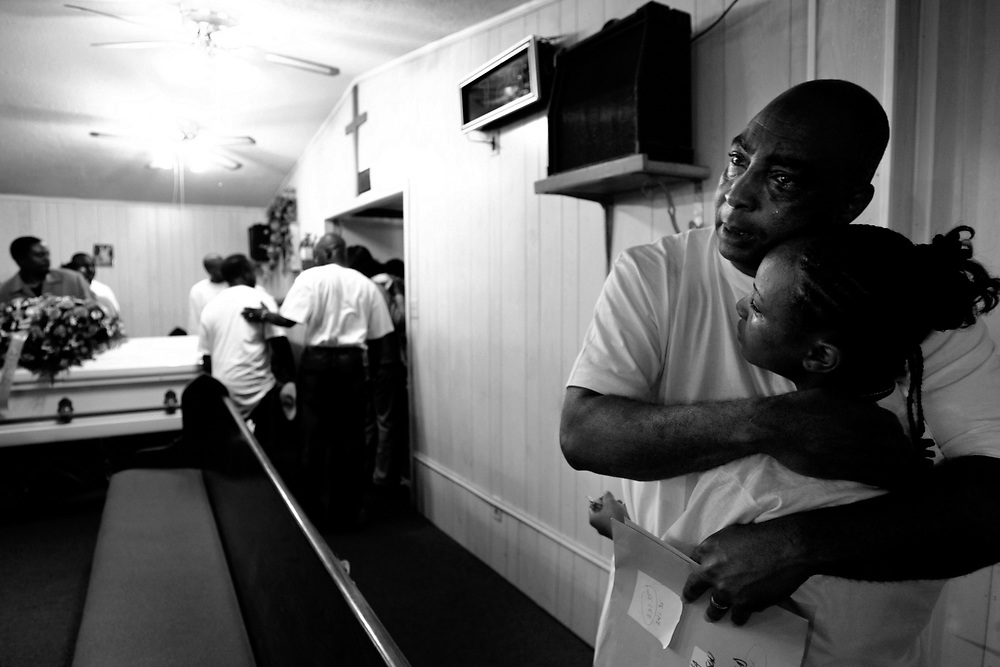